Have you ever read a book from cover to cover in just one day? Trust me – Born Wild – will be one of them!

Before heading to Mkomazi National Park after your stay at MamboViewPoint, read about one of the most inspiring people in the Wildlife Conservation world.

Tony Fitzjohn, part missionary, part madman, has been called “one of the world’s most endangered creatures.” An internationally renowned field expert on African wildlife, he is best known for the eighteen years he spent helping Born Free’s George Adamson return more than forty leopards and lions—including the celebrated Christian—to the wild in central Kenya.
Born Wild is the memoir of Fitzjohn’s extraordinary life. It shows how a man driven by an impossibly restless spirit can do almost anything, from being a bouncer in a brothel, to surviving a vicious lion attack, to fighting with the Tanzanian government, to being appointed an Officer of the Order of the British Empire by the Queen.

It was at Kora in Kenya that he acquired the knowledge and expertise he now brings to Mkomazi National Park – just few hourse drive from MamboViewPoint. Kora was a tough school, but it made Tony an expert in capturing, collaring and radio-tracking Africa’s top predators, as well as raising and returning them to the wild.

The challenge facing him at Mkomazi demanded all these skills, and more. It required someone who was an experienced wildlife manager, fluent in Swahili, a bush pilot, a skilled engineer and mechanic who could build roads, cut boundaries, strip down and re-assemble 4WD vehicles and plant machinery, set up two-way radio networks, construct and de-silt dams, maintain electrical and power equipment, organize anti-poaching patrols, deal with the bureaucracy, and keep a remote camp supplied for the brand new National Park. All this, and the ability to establish breeding programs for highly endangered species whilst simultaneously constructing and repairing schools in the villages in the vicinity of Mkomazi Game Reserve, helping with medical dispensaries and maintaining positive relations with the local communities.

A huge part of the restoration of Mkomazi Park was the creation of the Rhino Sanctuary in Tanzania Africa will provide protected habitat for the critically endangered Black Rhino.

The rhino population of Africa has been reduced by 96% in the past 50 years. As recently as 1970, the estimated population of black rhino in Tanzania stood at 22,000. By 1990, that number had fallen to just 25 rhinos. This species has been driven to the brink of extinction by poaching for its horn, a highly valued material in many Asian cultures for its use in traditional medicine.

Over the past 20-years, this black rhino protection and breeding program led by Tony Fitzjohn, along with many local and governmental partners, has had great success protecting and increasing the numbers of black rhinos. Now an expanded population of this magnificent species is thriving in Mkomazi along with many other animals including African wild dogs, Elephants, and Lions. Though the project has brought back a ray of hope for the Black Rhino, their situation is still dire as the demand for their horns increases and poaching becomes more rampant and deadly.

In a life committed to the conservation of East Africa, he believes that Tanzania can provide an unrivaled refuge for some of Africa’s most endangered animals. Many times Tony has put his life on the line for the cause in which he believes. Born Wild is the story of that passion.

Before booking your train adventure with us, read few interesting facts about the new Railway project in Tanzania!

The first 300 km phase of the new line will run from Dar es Salaam to Morogoro.

The line operates since December 2019.

There will be three passenger trains in phase one that will be doing daily round trips between the two cities.

Tanzania’s Minister for Works, Transport and Communications, Eng. Isack Kamwele said first trials for the country’s high speed train will be conducted in July this year.  He was speaking last week at the launch of the flash butt welding of the Standard Gauge Railway (SGR) exercise that took place at Soga in Coastal region outside Dar es Salaam.

The first 207 km phase of the new line will run from Dar es Salaam to Morogoro. The line is set to begin operations in December 2019. There will be three passenger trains in phase one that will be doing daily round trips between the two cities. So far, over 26,000 employment opportunities have been created by the US1.9bn project and more job opportunities will be created in subsequent phases of line extension which will reach neighbouring Uganda and Rwanda once fully complete.

In order to fully discover the diversity and wonderfulness of the Usambara mountains join our experiences and always smiling guides on a 4 day adventure through the forests, villages, farmland and cliffs.

Day 1: Arrival in Lushoto – old German town, the beating heart of the Usambaras.

Day 2: 4 hours hike from Lushoto to Mkuzi via the spectacular Magamba forest where Colubus monkeys and colorful chameleons can be spotted!

Day 3: 6 hours hike from Mkuzi to Lukozi, overnight at a home stay with a rare opportunity to experience the real every day life of the inhabitants.

Day 5: 5 hours hike from Rangwi to MamboViewPoint and continuation of your stay in one of our comfortable accommodations. 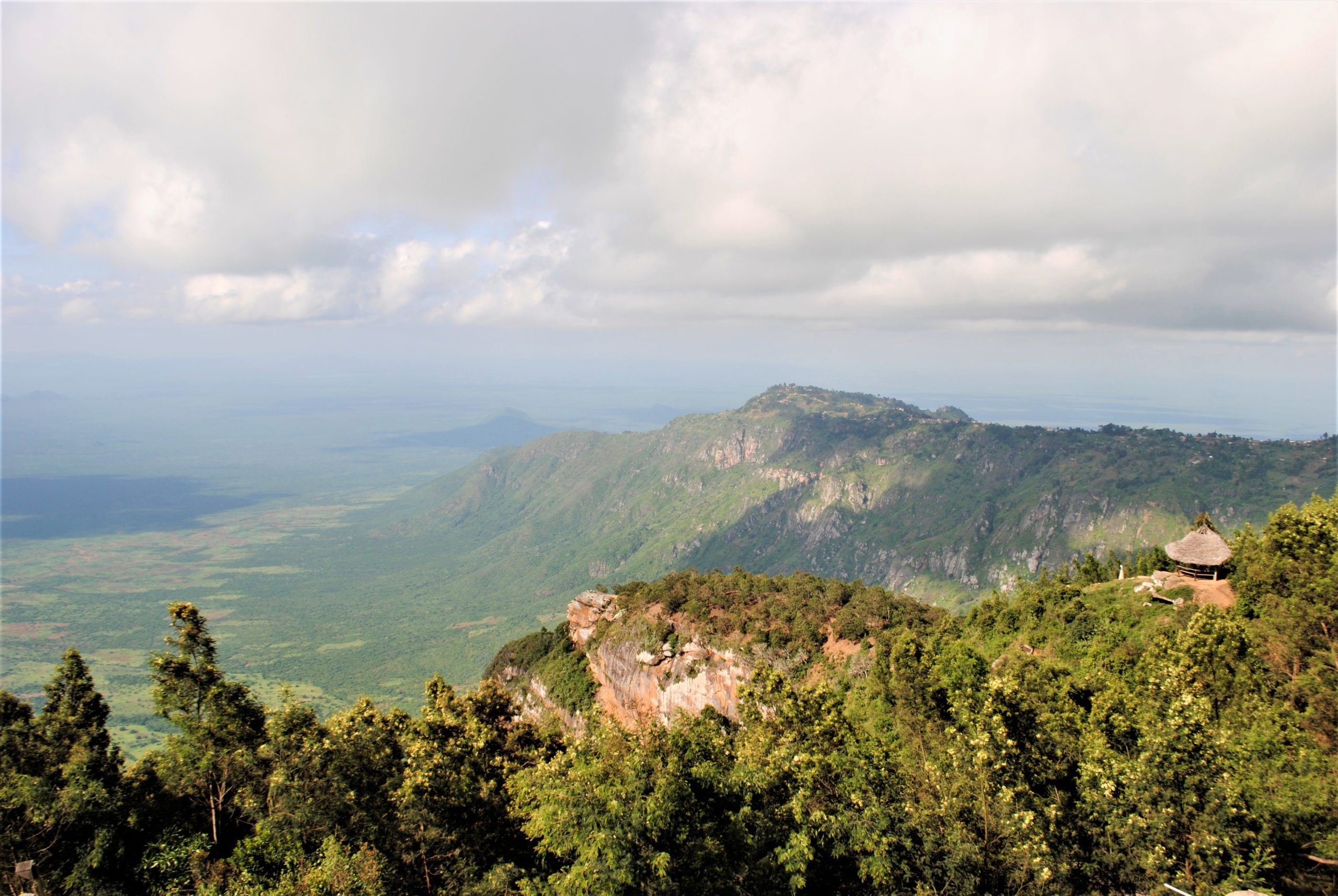